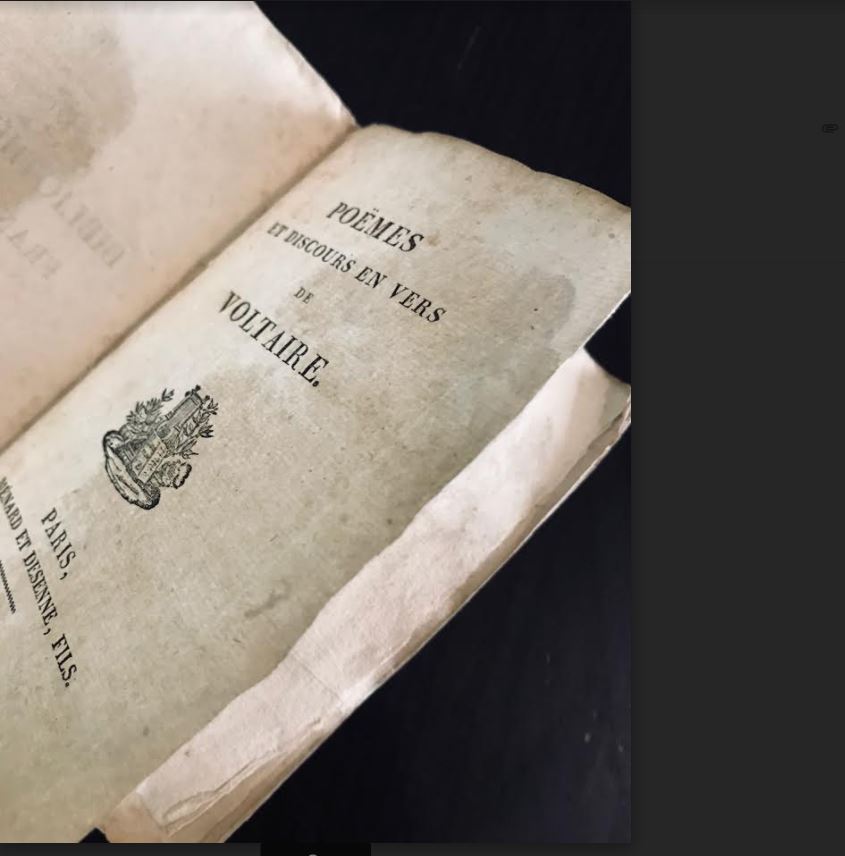 On October 16, French teacher Samuel Paty was murdered and beheaded in the middle of the street, near Paris, France, by a Muslim fanatic. Paty had shown Muhammad’s caricatures (see our article on Charlie Hebdo) to his students while discussing ‘freedom of speech’ with them—as expected and required by the National Education program. A few days later, a young fanatic decided to do the Prophet justice. Samuel Paty was no racist, no extremist—he was a dedicated teacher who regularly partook in programs with the French Institute of Islam.

What died with Paty that dark day is the humanist ideology of the Lumières. From the remoteness of the 18th century, the Lumières have been our guiding lights in the darkness of obscurantism. We fed on their mammals, and they made a promise to us: our intelligence and a lucid look at the world would take us out of the dark. We would learn from our many mistakes and setbacks, and we would triumph one day because we are seeking the Light. Science, rationalism and cooperation between all men of good will would finally prevail for the sake of humanity. Did they lie to us? Or did we stop listening to them for the past few decades? The Lumières have faded, darkness fell back on our shoulders and mediocrity took over—as well as cowardice. Books are not the backbone of our civilization anymore. Mathematics has replaced them, and the Internet has changed the course of humanity just like the discovery of America has. Welcome to a brand new world where ‘pet posts’ rule, and where Voltaire and his likes have become... obsolete.

Who is Voltaire to the French, today? A clown wearing a ridiculous wig in the best case; a filthy racist for the “oppressed minorities” who never read his books. His statue was officially removed from a Parisian square the other day—so the idiots win. We let our hero down under the pressure of people who know but two passages of his works, where he wrote that “Negroes are inferior to monkeys”—this is not what we love in Voltaire although it’s a not fair to judge him with our current values. In fact, people who fight Voltaire do not fight the man, but a painful past that they find convenient to totally blame on the wickedness of others. Let’s mention that some of these “avengers” hate Jews as much as Voltaire, who constantly endeavoured to destroy the myths upon which their religion stands, as the footstool of Catholicism.

On the other hand, those who celebrate Voltaire do not celebrate him as a man either, but as a symbol of intelligence and resistance against fanaticism, and especially the Church. Our heroes are not perfect. As Rimbaud wrote: Ô saisons, ô chateaux, quelle âme est sans défauts? Ô seasons, ô castles, where is a perfect soul? But we didn’t stand for Voltaire like he stood for François-Jean de La Barre or Jean Calas; we are forsaking his valuable inheritance for fear of being prejudiced. People who appreciate Voltaire keep a low profile nowadays. Better not to tell—else, you’ll be the target of an intellectual fatwa of ignorant people who will accuse you of being a fascist, a monster. But aren’t terrorists the real monsters? Well, no—they have their reasons. Yeah? Yeah, you provoked them. This is what French writer Michel Houellebecq calls “subjugation” in his famous novel. France has been complacent with her enemies within for too long. So that when the French Republic removed Voltaire’s statue—officially because it was too costly to repair it—it was more than a symbol; it was a betrayal, and very bad omen.

For decades, out of political fear of hurting people’s feelings, we’ve accepted the unacceptable. Out of contrition, we are betraying our principles and are losing our way. Our ship is drifting away on a sea of darkness and she is suffering multiple assaults from within—and the crew isn’t even trying to fight back. Was Samuel Paty’s last breath—while being brutally beheaded by ignorance, wickedness and complacency—the last breath of our agonizing civilization? When the murderer posted the picture of his severed head on Instagram, he got dozens of “likes.” How indecent! How revolting! So, when your head rolls on the ground, it is actually not the killer’s fault—it is, of course, la faute à Voltaire—Voltaire’s fault, to quote Victor Hugo’s Les Misérables.

Environmental disasters, economical and sanitary crisis, overpopulation of underdeveloped countries, the rise of China... If the West shows itself unable to cope with those crucial issues, then it will crumble in front of our eyes like the Empire Roman. But the terrorists who killed Samuel Paty and three other civilians a few weeks later in Paris may have missed the mark. And France might wake up and realize that darkness is closing in on us. And that the only way is to follow this remote and fragile light kindled by Voltaire and his likes. France is not a perfect country, Ô seasons, ô castles..., but this little light of ours, we gonna let it shine. With the help of all men of good will. That’s why France will never die. Because Voltaire is forever—unless we watch him die without reacting.